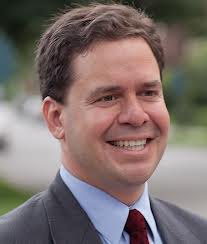 Clearly, what our campaign intended to say in one of our final mailings was not what people heard, and for that the Reyes campaign is deeply sorry. The campaign’s only goal for that mailing to expose the hypocrisy of flip-flopping, but in the final days of the campaign we rushed a piece to press and should have given our candidate time to scrutinize it.

Juan Reyes personally apologizes for the hurt some of our friends, neighbors and fellow citizens felt — regardless of whether they are gay or straight.

Juan also believes those rights must be protected under the law, and respected as a common courtesy by friends and strangers alike. That’s good government, good citizenship, and good manners.

Whatever disagreements we may have over specific legislation, Juan believes strongly that what unites Americans as a people is our willingness and desire to live in a country where different people of many backgrounds can exist together in peace and harmony. It’s what makes us Americans.

That’s the world Juan and his wife believe in, and more importantly, it is the kind of world in which they want their three young daughters to live in when they are older.