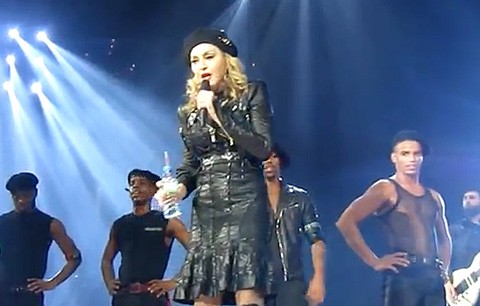 Madonna's heart is in the right place it's just the express herself bit that's gone a bit weird.

Thanks to her terrible delivery, it's hard to tell whether Madonna is being sarcastic and mocking people who think Obama is a Muslim (yes people still do) or if Madonna actually believes President Obama is a Muslim (he isn't). Hey, she even confused Politico. "That means there is hope in this country," she said. Add in the mega church-like cheering, and her other reasons to vote for Obama (that Obama is fighting for gay rights)—and three things become apparent in this video: (1) Madonna is endorsing Obama. (2) If Madonna is wrong, no one is going to tell Madonna she's wrong. (3) History class with Madonna would probably be really great.