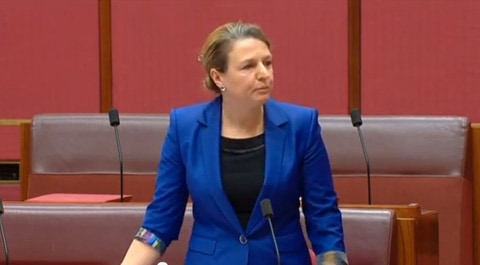 Australian Labor Senator Louise Pratt, who has a transgender partner, gave an emotional floor speech on Monday arguing for the need for marriage equality, fighting back tears as she told the few fellow lawmakers assembled that the bill is "personal" for her.

"I think it is one of the bitterest, bitterest ironies of this debate that historically gay people have been stigmatized as promiscuous and immoral while being denied by the law the right to demonstrate the importance and consistency of their relationships in the way that any other Australian can. Think about that."

Pratt argues powerfully for the rights of LGBT as well as intersex individuals. Hopefully YouTube will give Pratt's speech a wider audience.