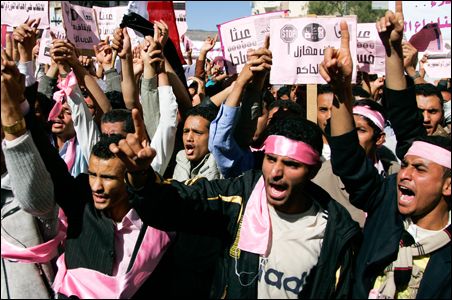 The fallout from yesterday's attack in Libya continued today. Sean Hannity voiced his opinion and it was very predictably anti-Obama, he went so far as to call the President a "wimp". With Anti-American protests appearing across the Middle East, Secretary of State Hilary Clinton condemned of the anti-islamic film that may have sparked the attacks.

As the press has probed into the film, entitled Innocence of Muslims, it has been discovered that the actors were kept in the dark about the film's content — and those actors included a gay adult film star.

A new episode of Anderson Cooper's new show has trans activists up in arms. Today on Anderson Live, Cooper spoke with a man who claims that hair loss treatment caused him to identify as a woman. Check out what transgender activists had to say about the episode.

There has been much written about William Shakespeare's possible homosexual tendencies. Check out scholar Stephen Greenblatt's take on the the chances that the Bard dabbled in same-sex love.

The new season of The X-Factor also premiered last night and it already has a potential fan favorite in Jillian Jensen. The contestant knocked it out of the park last night and detailed her struggle to overcome bullying.