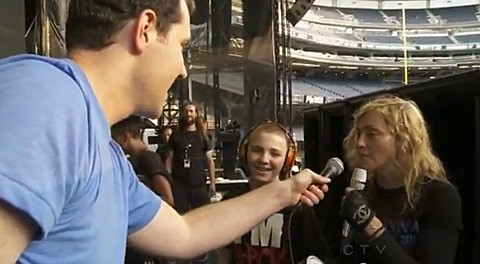 Madonna superfan Billy Eichner did a hilarious segment for Conan O'Brien last night in which he pursued his idol to the stage of Yankee Stadium, which he breached during rehearsals for the 'MDNA' tour.

Things didn't go so well at first for the "weirdo" who was thrown off the stage before sneaking his way back on and finally winning over Madge, who offered him an indecent proposal.