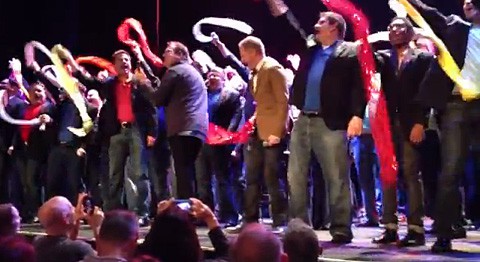 Jesse Tyler Ferguson and Eric Stonestreet appeared at the Wilbur Theatre in Boston on Sunday for a Q&A and Stonestreet surprised Ferguson with a birthday gift at the end of it — a Katy Perry serenade from the Boston Gay Men's Chorus.

P.S. – The Human Rights Campaign is running a contest to meet both actors for dinner in Los Angeles. You do have to make a donation before tomorrow though to be in the running.