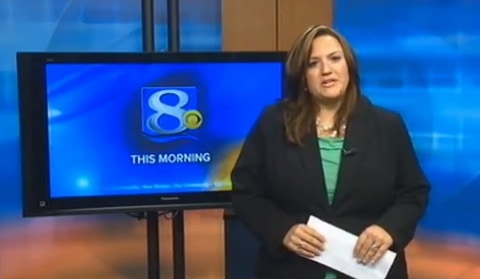 Many of you may have seen this video since it went super-viral in a number of hours.

It's WKBT anchor Jennifer Livingston's amazing response to a letter she got from a viewer who wrote in to tell her she was overweight.

Said Livingston: "To the person who wrote me that letter — do you think I don't know that? That your cruel words are pointing out something that I don't see?…You don't know me. You are not a friend of mine. You are not a part of my family. And you have admitted that you don't watch this show. So you know nothing about me but what you see on the outside. And I am much more than a number on the scale."

Livingston's response has already caught the attention of Ellen DeGeneres, so it's likely she may be rewarded for her efforts here, if millions of views aren't enough reward.

Livingston tells her bully that the bad things he's doing will likely be passed down to his kids: "If you are at home and talking about the fat news lady, guess what? Your children are probably going to go to school and call someone fat."