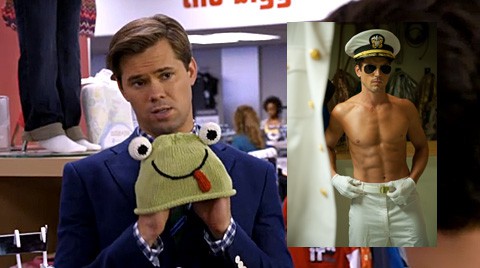 Matt Bomer, who played Blaine's brother Cooper Anderson, in a recent Glee episode, is making his way to another Ryan Murphy show. He'll play Andrew Rannells' (Bryan's) "sexy ex-boyfriend" according to a tweet from Murphy.

I doubt he'll be showing up in his Magic Mike gear but one can always dream.