You’ll be happy to hear that Pipsqueak the adorable goat has been adopted. 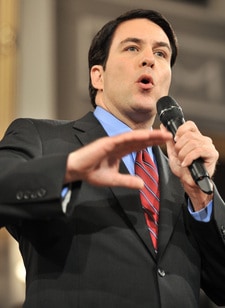 Massachusetts Congressional candidate Richard Tisei again says that more
voters have an issue with his GOP status than his being gay. “Being gay
in Massachusetts isn’t a problem,” he told CBS News. “Being Republican is much more of a hurdle.”

Female members of the Israel Gay Youth are lobbying for the group’s senior leadership to appoint more women. “In recent days we find ourselves in a familiar state of agitation, after
another woman is fired in order to make way for a ‘more suitable’ man,” the women wrote. “This is even more outrageous than in other cases, since this is taking
place in a relatively small gay organization, where most activists are
volunteers; unfortunately, the move reflects an all-too-familiar
alignment of the social power hierarchy.”

LGBT activists in South Florida are mourning the death of Richard Cimoch: “A politically active Dolphin Democrat, who won their Volunteer of the
Year Award in 2001, Cimoch had served for many years as the enthusiastic
and energetic co-chair of Pride South Florida.”

Take a listen to Lenny Kravitz and Aerosmith’s new song for the NFL, written as a replacement for the one sung by homophobe Hank Williams Jr. That was dropped after Williams compared President Obama to Hitler. 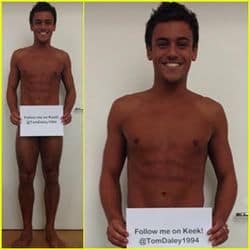 Let it be known that Olympic diver Tom Daley has a Keek account.

The Boston Globe covers the thawing relationship between evangelical and LGBT communities: “Another hopeful sign is that some evangelical leaders understand that
they have a problem, too. ‘We, the church, had utterly failed to reflect
Jesus to gay people,’ says Bill Henson, founder of the Acton-based Lead
Them Home Ministries, which trains evangelical leaders to minister to
gay, lesbian, and transgender people.”

A new poll puts Obama three points ahead in Minnesota, where a question on defining marriage as one man, one woman will also be decidd.

Alex McQuillan on the secular nature of France’s anti-gay movement: “The French Republic was founded on the ideas of equality and a French concept called laïcité—the
complete absence of religion in governmental affairs. This means
political discourse in France must be entirely free of religious
rhetoric. So what you have in France is a large group of old people
battling civil rights, not with religious ideals, but with science,
sociology, and cold, reductive rationality.” 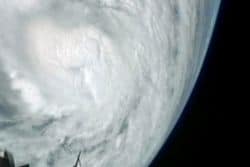 The full moon may enhance Hurricane’s Sandy impact. “When the moon waxes to its full phase Monday afternoon, high tides along the Eastern Seaboard will rise about 20 percent higher than normal, even without the help of Sandy’s storm surge…” Stay safe out there!

Lady Gaga has a slew of great Halloween costumes to choose from.

John Deighan, the Catholic Church’s Parliamentary Officer in Scotland, wrote a letter accusing LGBT activists of “intolerance”. “Cultivating victim status has effectively put Stonewall beyond
reproach in the public square. An attempt to counter their antagonistic
‘some people are gay, get over it’ bus advertising campaign was halted
before it could even get off the ground by London Mayor, Boris Johnson,” he wrote.
“The constant promotion by the media and entertainment industry that
anything gay is good has caused informed public debate to be dropped. In
its place we have intolerance and intimidation.”