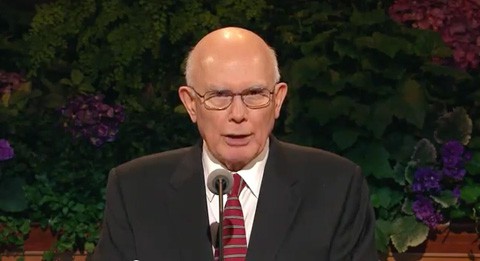 Mormon leaders at the 182nd Semiannual General Conference of the Church of Jesus Christ of Latter-day Saints reiterated the church's opposition to same-sex marriage. LDS Apostle Dallin Oaks said the children raised by parents in such a union are disadvantaged by being raised in a "social experiment", On Top reports.

Oaks also reaffirmed the church's belief that gay is abnormal and gay sex is a sin, but he called for an end to bullying:

“Young people struggling with any exceptional condition including same-gender attraction are particularly vulnerable and need loving understanding, not bullying or ostracism,” Oaks said.

Oaks also called for an end to abortion and divorce.