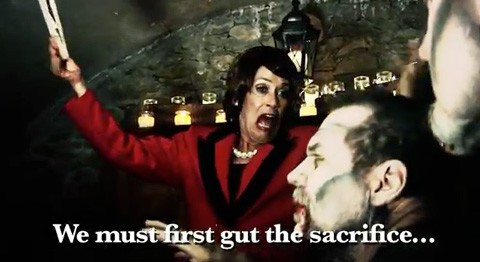 Rep. Nancy Pelosi's opponent John Dennis is out with a new ad created by Chris Burgard, the guy who made Herman Cain's bizarre "Smoking" ad, and it will be seen everywhere today.

Dennis then steps in to stop the sacrifice. 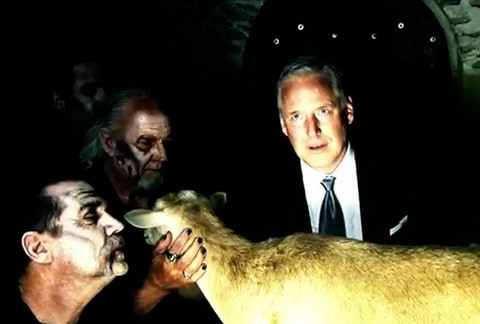