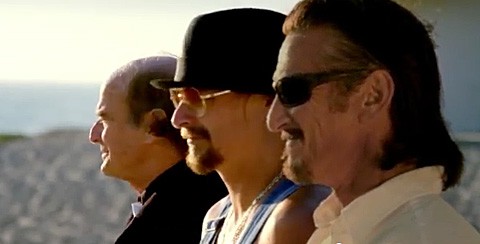 Sean Penn and Kid Rock have released a heavy-handed PSA called "Americans" meant to encourage civil discourse and come to terms with our political differences. 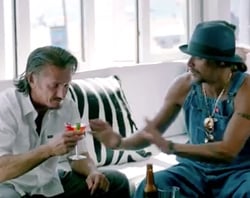 The description to the heavy-handed, 11-minute clip reads:

The goal of the film is to tear down the one-dimensional political stereotypes portrayed by the media by confronting them head on. It reminds us that what really matters is that we're all Americans, with diverse thoughts, opinions and stances on issues. We are millions of unique, individual parts, the sum of which comprise a whole that is the shining beacon of freedom throughout the world. The film reminds us to be proud of our differences, and to never forget that we're all in this together as Americans.

The clip shows the two stars arguing over political issues (and dick sizes) in a bar before a news report about military deaths in Afghanistan comes on, at which time they decide to embrace each other's differences in the name of freedom, and then embark on a bipartisan bromance in which they buy a Prius, attend an environmental rally, and a gay wedding (where one of the men wears a bridal veil). Kid Rock even convinces Penn to stop drinking Cosmopolitans (presumably the liberal wussy drink) and try a beer!

At the end, they exchange PETA and NASCAR t-shirts and walk on a beach as the sun sets.

While the message is certainly an honorable one, the execution is often cringeworthy. 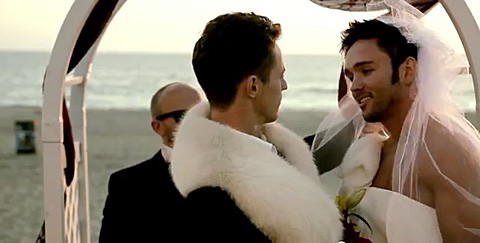