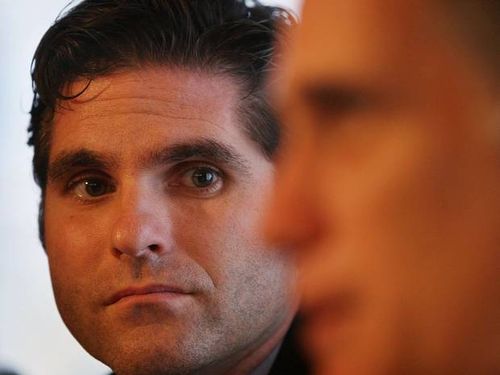 Asked by North Carolina radio host Bill LuMaye how it felt to hear President Obama expose his father's misleading comments during the presidential debate this week, Tagg Romney said he wanted "take a swing" at the commander-in-chief.

RADIO HOST: I’m gonna ask something I know a lot of people want to know, or at least I do. What it is like for you to hear the President of the United States call your dad a liar. How do you react to that?

TAGG ROMNEY: Uh, you know, uh, well, jump out of your seat, and you want to rush down there to the debate stage and take a swing at him. But you know you can’t do that, because um, well first because there’s a lot of Secret Service between you and him…

Listen to audio AFTER THE JUMP.