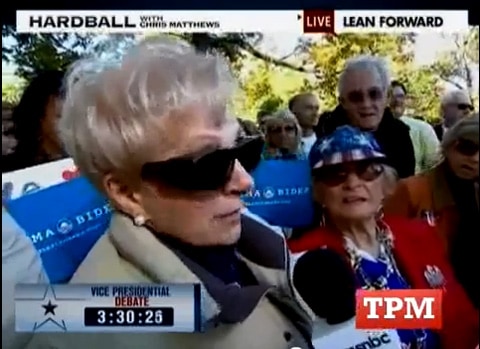 Chris Matthews talked to the crowds about the candidates outside the Vice Presidential Debate last night, including this woman, who's sure of one thing about Obama: