The Boeing Corporation has told union negotiators that it will deny pension survivor benefits to same-sex married couples despite passage of a marriage equality law there, The Stranger reports: 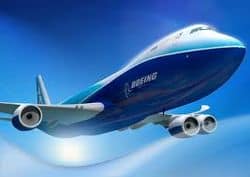 Ray Goforth [executive director of the Society of Professional Engineering Employees in Aerospace (SPEEA), IFPTE Local 2001] explains that his union has long sought equal pension benefits for same-sex domestic partners, to no avail. But since voters approved same sex marriage—establishing parity with married straight couples—Goforth re-framed the proposal to apply to his union's gay Boeing employees who wed. "Their answer was that they had no intention of granting pension survivor benefits to legally married same-sex couples because they didn't have to," Goforth explains. Boeing representatives told him that pensions are governed by federal law, which doesn't recognize same-sex marriage, thereby trumping the state law on the matter.

"We were profoundly disappointed to see that they would use a loophole to engage in institutionalized discrimination," Goforth says.

Boeing issued a statement to its employees late yesterday saying the company "is taking a closer look at how R-74 might impact company policies once it takes effect in December" but Goforth insists that the company was "unequivocal" in its statement to union negotiators that it intends to withhold the benefits.