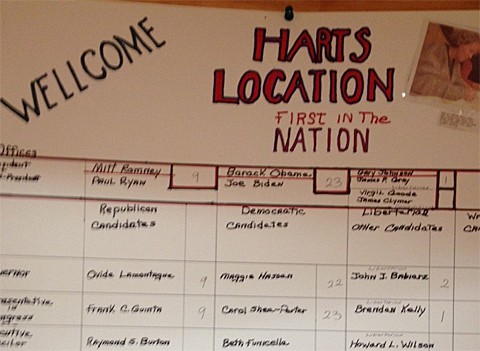 Two New Hampshire towns are the first in the nation to vote, at midnight last night. As per usual, the results were immediately tallied.

In Dixville Notch, Obama and Romney received five votes each.

Piers Morgan reports on the votes, AFTER THE JUMP…