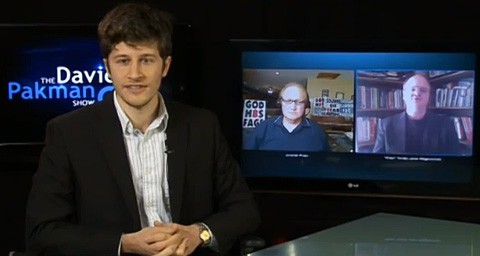 And they agree on nothing.

David Pakman, who arranged the debate, offers a quick preview for us:

"'God Hates Fags' is the slogan of WBC, but the Chaplain says there is no indication God hates anyone, and is against the gay death penalty, which WBC favors. Klingenschmitt believes in gay exorcisms, and claims to have performed many, with about a 50% success rate. Unfortunately, Westboro believes exorcisms are imaginary nonsense. WBC famously pickets soldier's funerals, claiming their deaths are punishment to the US for accepting homosexuality. Chaplain, who was in the Navy, believes WBC is distasteful for doing this. Additionally, as a cherry on top, Chaplain believes that 'God Hates Fags' is a sentiment that indicates the WBC is actually Jewish, not Baptist."