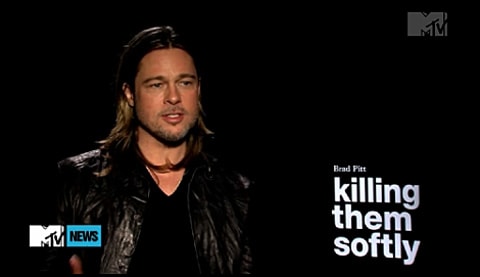 Brad Pitt sat down with MTV News on a junket for his new film Killing Them Softly and talked about his support for marriage equality and his opposition to the war on drugs, adding that he doesn't understand why the two are sometimes linked in the media.

"Equality, absolutely, that's what defines us. It's what makes us great. If it doesn't sit well with your religion, let your God sort it out in the end, but that's us. We're equal….I do believe that we should be responsible for our own choices in talking about the drug laws, and that the drug war is an ultimate failure and that the billions and billions of dollars that we've committed to it, there's got to be a better way. I don't believe in incarceration over education — don't get me started. But there's real damage to drugs; that is not the same as with gay marriage. Since the last round [of elections], they've been linked in every article. I find that curious."