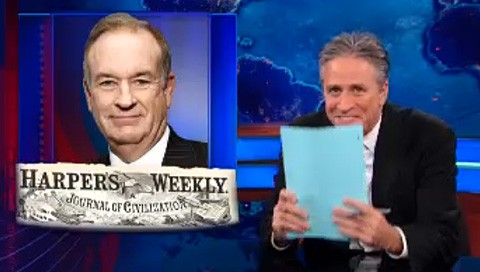 The mandate of a new diverse America means the final expulsion of his Leave It To Beaver world, and Bill O'Reilly is very upset.

Stewart offered O’Reilly some soothing words of advice, telling him not to worry so much, because “America’s greatest tradition” is a “frightened ruling class lamenting the rise of a new ethnically and religiously diverse new class,” and every generation rises in the United States in order to give themselves and their children the opportunity to “sh*t on the next group” to show up.