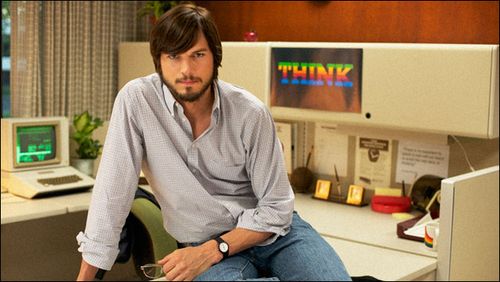 Here's the first promo photo from Jobs, Joshua Michael Stern's biopic of the Apple co-founder. The film has been announced as the closer for the Sundance Film Festival.

The movie reportedly focuses on Jobs' early years at Apple from the early 70's to around 2000. It also stars Dermot Mulroney, Matthew Modine, and James Woods.