Norway's Crown Princess Mette-Marit went the extra mile for a gay palace employee who could not get a travel visa to care for his infant twins born to a surrogate mother in India, Reuters reports: 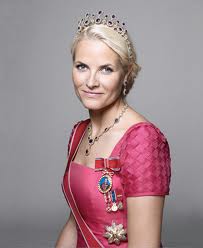 Armed with a diplomatic passport that granted her immediate access, the future queen jumped on a plane in late October when the employee, who is also a friend, and his husband were unable to travel to care for their newborns.

"For me, this is about two babies lying alone in a New Delhi hospital," Mette-Marit said in a statement. "I was able to travel and wanted to do what I could."

She did not alert Indian authorities and spent several days with the babies at the Manav Medicare Centre, where staff assumed the wife of Norway's Crown Prince Haakon was a nanny.

A relative of one of the fathers eventually took over while the palace kept her absence under wraps. Said Mette-Marit: "Sometimes life presents you with situations with few good solutions. This was one of those."

Previous Post: « 2012 in Movies, a Supercut: VIDEO
Next Post: Michael Bloomberg Called Hillary Clinton, Encouraged Her to Run for NYC Mayor in 2013 »