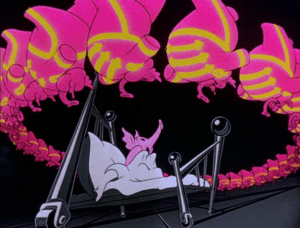 With news today that Stephen Saland, one of the four GOP New York State Senators to support marriage equality, had conceded his reelection campaign to Democrat Terry Gipson, only one of the aforementioned four GOP Senators is returning to Albany next month.

Saland and another both lost their fights, while the fourth retired. So, what does this mean for Republicans across the country who are on the fence about supporting marriage equality?

The New York Times tries to answer that very question in an article called “Costly Toll for Republicans Who Voted for Gay Marriage.” Here’s an excerpt:

Activists on both sides of the same-sex marriage issue nationwide had kept a close eye on the fate of the four New York Republicans, whose re-election battles were depicted as a de facto referendum on whether it was electorally safe for Republicans to support same-sex marriage.
…

The outcry against the Republicans had an awkward side effect — although conservatives contributed significantly to their fates, two of the three are being replaced by Democrats who support same-sex marriage.

But Michael R. Long, the chairman of the state’s Conservative Party said the races should amount to a wake-up call for Republicans.

“Principles matter,” Mr. Long said. “These guys were institutions. And I think their voters were upset and were tired of being taken advantage of.”

Gay-rights advocates on Thursday played down the significance of the election results, suggesting that, as with any local races, the outcomes were the result of a blend of factors.

For example… the senator who lost his primary, Roy J. McDonald of Saratoga County, emboldened his critics by saying that anyone upset with his position on the issue could “take the job and shove it.”

But don’t expect conservatives to accept that argument, no questions asked. One right wing activist, Rev. Jason J. McGuire from the group New Yorkers for Constitutional Freedoms, told the paper, “…Policies of appeasement always fail. And essentially that’s what they did: they caved to the governor and
really more liberal-minded interests rather than their core
constituency.”