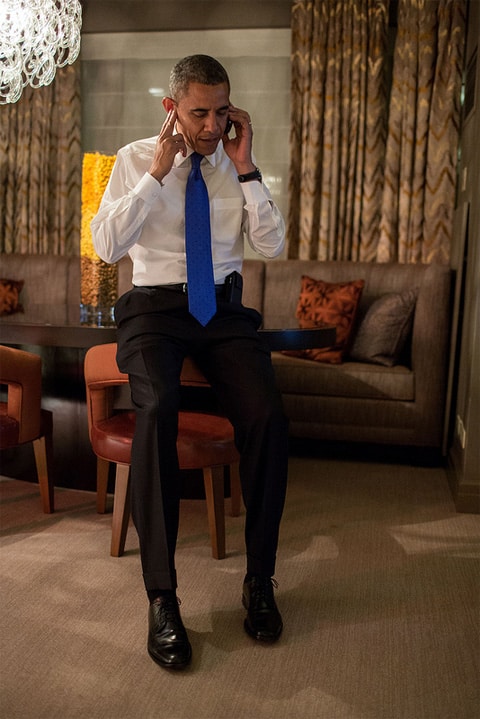 The photo was taken in the presidential suite of the Fairmont Millennium Park hotel in Chicago, where Obama and his team watched results come in on November 6. In his concession speech, Romney said that on the call with the president, he wished Obama well, along with his family and staff.