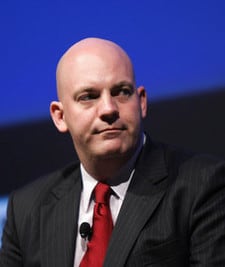 Outgoing Log Cabin Republican leader R. Clarke Cooper is getting pretty tired of all the raised eyebrows and lingering question marks over his group’s sudden, surprising attack on potential Defense Secretary nominee Chuck Hagel and the former senator’s stance on gay people, Israel and Iran. So, he wrote a long letter to journalist Andrew Sullivan all about it.

Apparently the LCR’s New York Times ad is all part of a much larger plan that is just as mysterious as the donors who helped fund it.

LCR has a long history of showing support for our ally Israel and questioning those who would be soft on Iran. While it may surprise some to see LCR taking out a major ad in the New York Times, it’s part of a broader communications strategy that LCR and its board have been developing over the last year. The next couple of years will be critical with regard to helping the Republican Party change its position on a number of LGBT issues and we as an organization have made strategic decisions to dramatically increase the sophistication and profile of our communications efforts.

With regard to specific comments Hagel made about gay people in 1998 – that Ambassador James Hormel, then being considered to represent the States abroad, was unfit because he’s gay – Cooper says that while LCR appreciate’s Hagel’s apology, again, they doubt its sincerity.