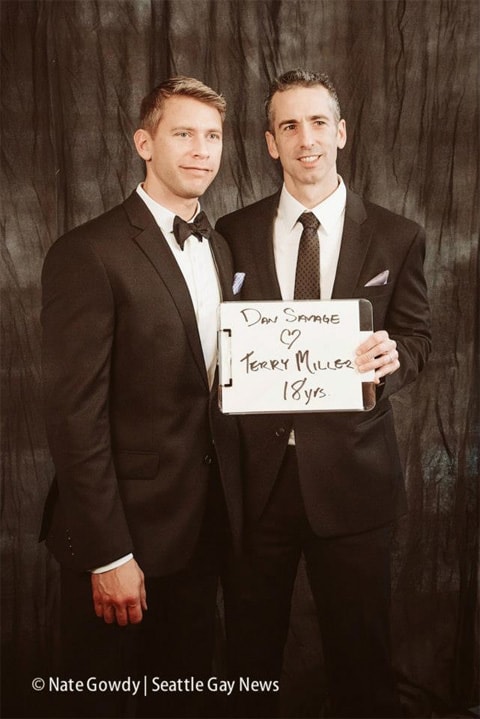 From Sunday's kick-off to marriage equality in Washington state.

Nate Gowdy of the Seattle Gay News writes us:

"I had the opportunity to put together a team of four photographers to host a photobooth for just about each of the 138 just-married couples at Seattle City Hall on Sunday, Dec. 9. Here's my shot of Dan Savage and Terry Miller — If you keep clicking through, there are 75 images in all. While my team took formals I got to roam around inside the lobby after all other media was booted after half an hour, so there are some shots you won't find anywhere else."