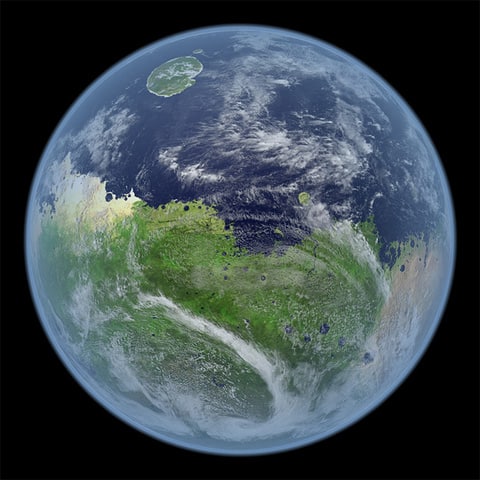 Was Mars once very Earth-like?

A two dimensional digital elevation model was first rendered in jDem846 (an open-source learning project of mine) using the MRO MOLA 128 pix/deg elevation dataset. In that model, I picked a sea level and scripted it such that terrain at or below that level was flat and blue.

The resulting model was then brought into GIMP were I painted in land features using a NASA Blue Marble Next Generation image for the source textures.  There is no scientific reasoning behind how I painted it; I tried to envision how the land would appear given certain features or the effects of likely atmospheric climate. For example, I didn’t see much green taking hold within the area of Olympus Mons and the surrounding volcanoes, both due to the volcanic activity and the proximity to the equator (thus a more tropical climate). For these desert-like areas I mostly used textures taken from the Sahara in Africa and some of Australia. Likewise, as the terrain gets higher or lower in latitude I added darker flora along with tundra and glacial ice. These northern and southern areas textures are largely taken from around northern Russia. Tropical and subtropical greens were based on the rainforests of South America and Africa.

The shot above is Mars' eastern hemisphere. Check out the western one, AFTER THE JUMP…

(Kevin Gill Google+ via The Atlantic) 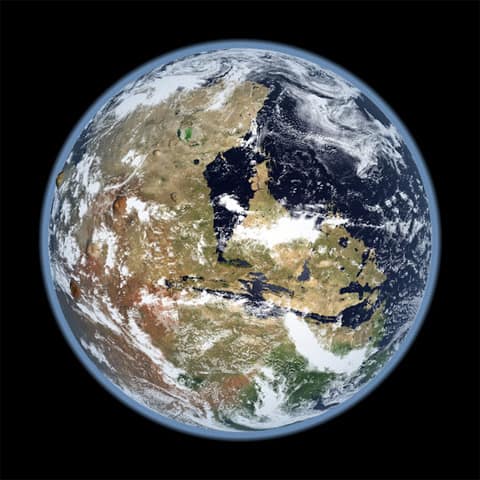