A Harvard genetics professor says he can clone a neanderthal: 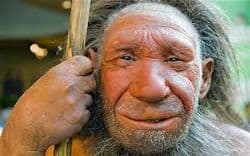 He just needs an “extremely adventurous female human” to carry the clone baby, George Church writes in his new book, “Regenesis: How Synthetic Biology Will Reinvent Nature and Ourselves.”

“You have got a shot at anything where you have the DNA,” Church explained to German magazine Der Spiegel. “The limit for finding DNA fragments is probably around a million years.”

It’s only been about 30,000 years since Neanderthals are thought to have died off, and scientists have discovered DNA fragments from the long-lost species in fossils in Europe.

In theory, the DNA could be assembled into an embryo, which could be planted inside a human — a very daring woman, Church said.

Just head to the AFA or FRC. Great DNA pool there.