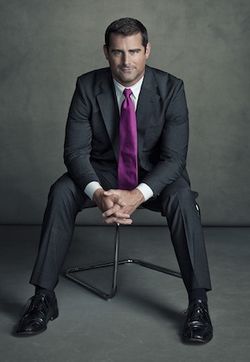 "2012 will go down in history as when being anti-gay puts you in the minority."

From the Philadelphia Inquirer:

Sims said that with two gay members, the legislature would have a more difficult time ignoring gay civil rights issues such as discrimination in the workplace and in housing – the focus of legislation he has already introduced – as well as hate crimes and bullying.

Sims also plans on using his new position to fight gun violence that plagues Philadelphia and the nation. "We had more murders last year in Philadelphia than in all of Germany," Sims said. "Some people may have a deer problem. We have a murder problem."