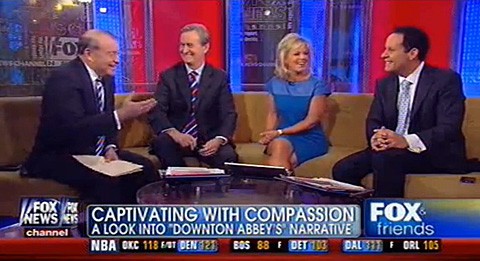 The popularity of Downton Abbey in America is a threat to progressives because it celebrates rich people, according to FOX & Friends:

Then comes along Downton Abbey… making rich people seem nice. The characters in the show are kind and generous. “They create jobs, for heaven’s sake. They’re classy, they’ve got style.”

“It poses a threat to the left, doesn’t it?” he asked. Because the left says we must hate rich people.