In advance of a new show called Are You Tougher than a Boy Scout to be broadcast this spring, GLAAD is standing in solidarity with 20 year-old gay Eagle Scout Will Oliver, who launched a Change.org petition calling on the National Geographic Channel to denounce the BSA's anti-gay policies. 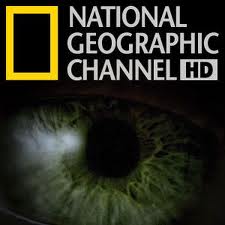 As an outdoorsman and an Eagle Scout, I'm urging National Geographic to speak out against the Boy Scouts of America's anti-gay policy and issue a disclaimer before airing the new TV series "Are You Tougher Than A Boy Scout?"

By airing "Are You Tougher Than a Boy Scout?", National Geographic has stepped into a uniquely influential role as a strategic business partner of the BSA. The show is being used to market the Boy Scouts of America to young people, but fails to inform viewers about the organization's dangerous anti-gay policy. I urge the network to speak out now to protect gay youth and leaders like me.

NatGeo released a weak statement in the show's and its own defense:

"National Geographic Channel is an international media company that is an equal opportunity employer.  We do not discriminate in any capacity.  As it relates to our upcoming show with the Boy Scouts, we certainly appreciate all points of view on the topic, but when people see our show they will realize it has nothing to do with this debate, and is in fact a competition series between individual scouts and civilians."

Said GLAAD President Herndon Graddick: "That National Geographic would brush aside countless gay teens suffering at the hands of the BSA, shrugging off injustice as just another 'point of view,' is irresponsible. By airing this program, National Geographic is providing support and publicity to an organization that harms young people simply because of who they are. If the network is truly committed to standing by its non-discrimination practices, it should have no problem airing a disclaimer to that effect."