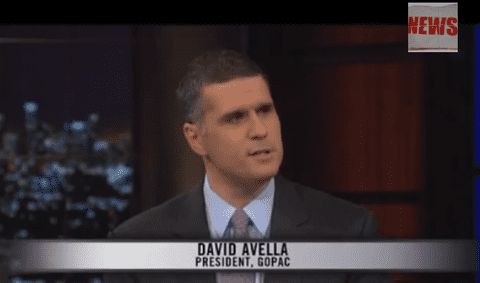 Though Avella admits President Obama’s inaugural address had some ideas that the GOP can get behind, he accused the commander-in-chief of hypocritical name-calling.

“There are many things Republicans, thematically, can get behind,” Avella said, before explaining that the president also demanded lawmakers not to treat “name-called as reasoned debate.”

Avella went on, “This is a week [after] he sit [sic] and name-called and was critical of Republicans in his last press conference.” Asked what name the Republicans were allegedly called, Avella replied, “right-wing Republican.” Maher broke the news, “I got so many worse than that.”

Pressed for an alternate term, Avella said he would have preferred the president said, “conservative” or “my friends on the other side of the aisle.”

“I thought the speech was something Americans out to embrace, which was equal rights for all Americans,” he said. After the applause faded, he added, “And it’s about time the President of the United States stood up to all this crazy crap on the right wing.”

Watch video of Avella, Dean and some conversation about Sen. Rand Paul’s silly questions during Secretary of State Hillary Clinton’s appearance before the Senate this week AFTER THE JUMP