A 15-year old boy has been charged with the shooting deaths of two adults and three children in Albuquerque, New Mexico. Police say the teen had at least one assault rifle. 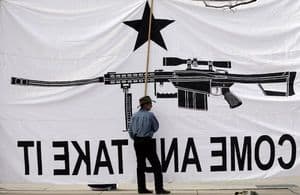 Vicco, Kentucky, population 344, may be the smallest town in America to ban anti-gay discrimination.

What promises made during his first inaugural speech did President Obama keep?

Can former NYC Mayor Ed Koch's AIDS record be discussed without whispers about his sexuality? "Absent the hostility, a more speculative version of this position is offered in the film by Ethan Geto, a media and political strategist, who says simply that during the epidemic "it would have been so incredibly valuable for a popular mayor of New York to declare he was gay."

Labour MP Paul Flynn is introducing a bill that would allow gay royals to marry and for their children to be potential heirs to the British thrown.

This is horrific and graphic but definitely something you should pay attention to: video of a CVS manager strangling a homeless shoplifter to death while pedestrians hold the man down. No criminal charges are pending. 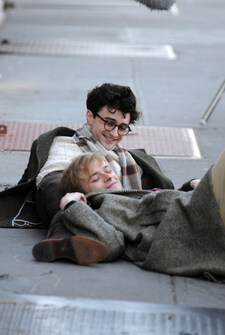 A review of James Franco's Interior Leather Bar, an homage to the graphic gay sex cut from the controversial gay classic Cruisin': "Interior Leather Bar does contain one very graphic sex scene – a tender encounter between two men we are told are a real-life couple, which seems to be entirely against the film's idea of re-queering gay sex. And in general it's much more about talking about sex than actually showing it, which also makes its claims toward provocation a little weaker."

ABC News' Barbara Walters was hospitalized after falling and hitting her head at an inauguration party.

Loneliness is bad for your health: "[A new study] reveals that people who are lonely experience more reactivation of latent viruses in their systems than the well-connected. Lonely people also are more likely than others to produce inflammatory compounds in response to stress, a factor implicated in heart disease and other chronic disorders."

Want to stop bird strikes? Turn up the bass.

Justin Bieber shared his butt with the world.

Hundreds of activists gathered to say adieu as Steven Goldstein prepares to step down as Garden State Equality's executive director.