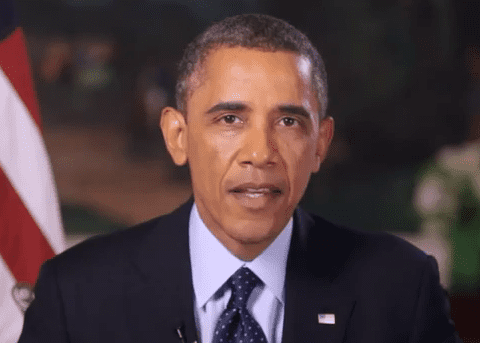 Democrats and Republicans performed a seemingly impossible feat by striking a deal to prevent the United States from plunging off the fiscal cliff of their creation this week. Well, for now.

Ultimately, yesterday’s “fiscal cliff” deal didn’t address the issue at all. In the remarks he gave after the House passed the deal, Mr. Obama once again warned against a debt ceiling fight: “I will not have another debate with this Congress about whether they should pay the bills that they’ve already racked up through the laws that they passed,” he said. “We can’t not pay bills that we’ve already incurred.”

AFTER THE JUMP, watch President Obama discuss how this stop-gap plan will help the unemployed, impact middle class taxes and what it means for wealthier Americans not being asked to pay a fairer share.