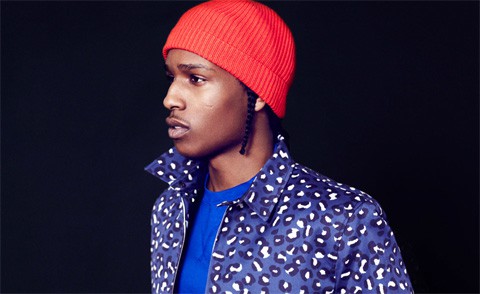 Rapper A$AP Rocky is asked by Mr. Porter if his masculinity is ever called into question because of his interest in fashion:

A$AP arrives at the MR PORTER shoot wearing clothes by Jil Sander, Balenciaga and Junya Watanabe, but, again breaking the rap mould, says he has no plans to set up his own fashion brand. "I don't want to. It would be disrespectful to take my stardom and bully my way into the fashion industry, because I didn't go to [fashion] school to learn about design, sketching and fabrics. I just enjoy it; I'm a consumer." Given the macho nature of the hip-hop world I obliquely ask if A$AP's interest in fashion, and the cut of his jeans, have ever led people to call his masculinity into question. He responds bluntly: "People say I'm gay sometimes, but I have a lot of bitches so why would I care? It doesn't bother me at all. You know why they say that? Because they can't say that I suck, they can't say that I'm not handsome, and they can't say that my lyrics are wack, so they say that I'm gay because they don't have anything on me."