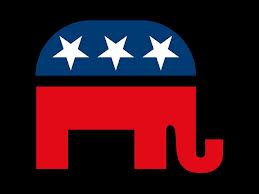 Here's the full list of Republicans who have so far signed the brief urging the Supreme Court to strike down Proposition 8.

As I noted yesterday:

Many of those who signed it have never before made public their support of marriage equality.

The brief argues that "there is no legitimate, fact-based justification for different legal treatment of committed relationships between same-sex couples," arguing that marriage equality promotes conservative values:

Amici start from the premise—recognized by this Court on at least fourteen occasions—that marriage is both a fundamental right protected by our Constitution and a venerable institution that confers countless benefits, both to those who marry and to society at large.  …  It is precisely because marriage is so important in producing and protecting strong and stable family structures that amici do not agree that the government can rationally promote the goal of strengthening families by denying civil marriage to same-sex couples.

Read excerpts from the brief HERE. List of signatories (so far) is below:

Tim Adams, Undersecretary of the Treasury for International Affairs, 2005-2007

Michele Davis, Assistant Secretary for Public Affairs and Director of Policy Planning, Department of the Treasury, 2006-2009

Mark Gerson, Chairman, Gerson Lehrman Group and Author of The Neoconservative Vision: From the Cold War to the Culture Wars and In the Classroom: Dispatches from an Inner-City School that Works

Stephen Hadley, Assistant to the President and National Security Advisor, 2005-2009

Margaret Hoover, Advisor to the Deputy Secretary of Homeland Security, 2005-2006

Greg Jenkins, Deputy Assistant to the President and Director of Presidential Advance, 2003-2004

Robert Kabel, Special Assistant to the President for Legislative Affairs, 1982-1985

David McCormick, Undersecretary of the Treasury for International Affairs, 2007-2009

Connie Morella, Member of Congress, 1987-2003 and U.S. Ambassador to the Organization for Economic Co-operation and Development, 2003-2007

Noam Neusner, Special Assistant to the President for Economic Speechwriting, 2002-2005

Steve Schmidt, Deputy Assistant to the President and Counselor to the Vice President, 2004-2006

Robert Steel, Undersecretary of the Treasury for Domestic Finance, 2006-2008

Previous Post: « Gay Israeli Couple Asks the Internet’s Help to Have a Baby: VIDEO
Next Post: A$AP Rocky: ‘People Say I’m Gay Sometimes, But I Have a Lot of Bitches So Why Would I Care?’ »