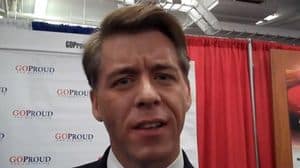 "At the present time, we have no plans to participate in CPAC this year," Log Cabin Republicans spokesman West Honeycutt told The Huffington Post.

The absence of both groups from this year's CPAC schedule surprised some political observers, who argued that it seemed like the last vestige of the culture war currently winding down within the Republican Party.