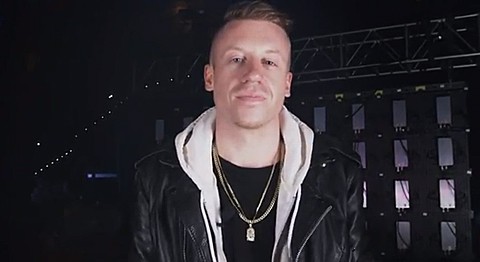 The 'You Can Play' project, which fights homophobia in sports, celebrates its one-year anniversary next week. Today, they've got a new video out from Macklemore & Ryan Lewis.

Given the semantics of the organization's name, the message fits nicely in the music world too.

"You know someone who’s gay, they just haven’t told you yet," says Macklemore in the clip, adding, "Don’t let being gay hold you back, and if you’re straight, do not hold others back…Anti-gay language has no place in sports, or music."

Check out Macklemore's message, AFTER THE JUMP…