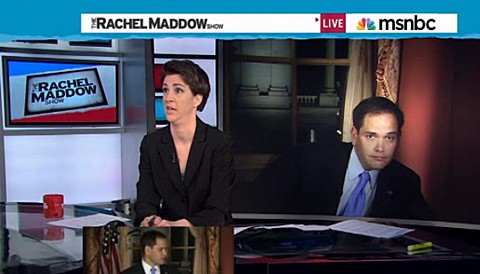 "The Republcan's official response to Barack Obama's state of the Union was essentially a new version of the stump speech of the guy who just lost the presidential election to Barack Obama.

And the house that is the emotional centerpiece of the piece turns out is a house for sale.

And they had him vote no on the violence Against Women Act, with 20 other Republican guys right before he gave this speech.

And they ran a second Republican response as well after they ran this one.

And it had the same eyeball problem…"