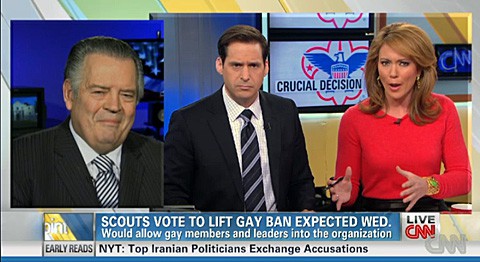 Richard Land of the Southern Baptist Convention appeared on CNN this morning to discuss the looming vote by the Boy Scouts board over its ban on gay leaders and scouts. Land argued that keeping boys "morally straight", as in heterosexual, is the "core value" of scouting, therefore letting gays in would destroy it.

The Scouts have said for themselves for over a hundred years that traditional morality is at the core value of scouting, teaching them to be “morally straight.” […]