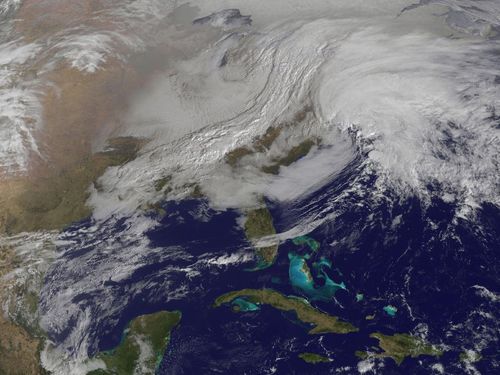 PHOTO OF THE DAY: Nemo from space.

We've got a bunch of fun entertainment-related stories to keep you company if you are snowed in on this Friday night. First here is a video for all of those men out there who aren't in touch with their gay side. No hetero, bro. RuPaul got the big white afro out for the video for "Peanut Butter". Speaking of music videos this song is poised to become the anthem for all the girls who suddenly find themselves with a gay best friend. 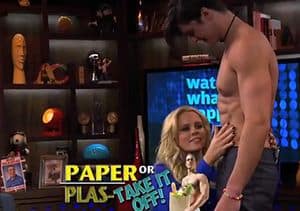 Andy Cohen had Jenny McCarthy on his show last night and they took some time to cop a feel on the model who starred in the Calvin Klein commercial during the Super Bowl. Also Ellen sounds off on the Boy Scouts' ban on gays and reminds us that we should be worrying about much scarier things while in the wilderness.

DC Comics has made a terrible decision in that they have decided to hire a known anti-gay bigot to pen their latest comic. Good news in Colorado where the state Senate has approved a marriage equality bill. And students in Maryland have been shown an "ex-gay" therapy video as a solution to gay-related bullying. Luckily the video has been pulled, but the damage may have already been done.

Stephen Colbert lays out the reasons why Stacey "Don't Say Gay" Campfield will end up in the White House.

Previous Post: « Lawrence O’Donnell on the UK’s Marriage Equality Vote and the Love That Dare Not Speak Its Name: VIDEO
Next Post: Boy Scouts: A Leaker Spoiled What Was to Be a Private Discussion of Gay Ban, and All Hell Broke Loose »