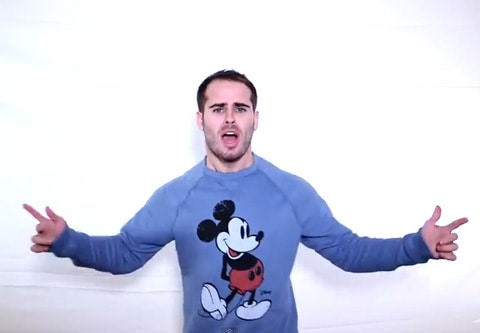 Ryan James Yezak, the filmmaker behind the in-progress documentary Second Class Citizens (remember 'The Gay Rights Movement' video?), doesn't want to give up on Azealia Banks because of her use of anti-gay slurs, so he wrote this open rap to her.

In related news, GLAAD President Herndon Graddick reached out to Towleroad with a reaction to our post last night about Banks' attacks on the organization and her defense of the word "faggot".

Said Graddick: "I've never said that Azealia Banks is anti-gay, but I think she talks like someone disconnected from the violence experienced by men who don't fit society's notions of masculinity — violence that escalates when celebrities like Azealia Banks demean such people. It's the queer youth and those who might not fit the mold of masculinity who suffer most from this kind of crap she is peddling."