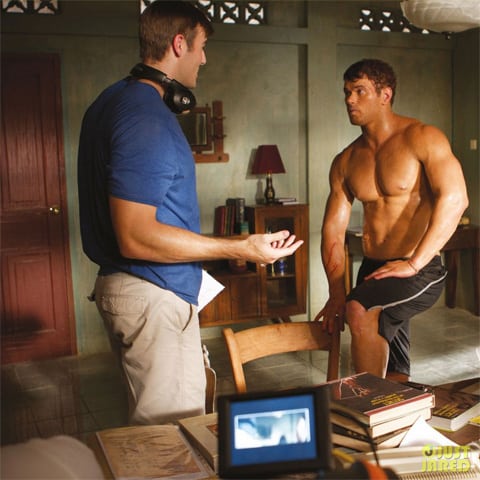 And here's a bit of Friday trivia for you, via Neatorama:

In October of 1949, The Chronicle Telegram of Elyria, Ohio, made a reference to a growing trend in the movies. The paper noted that moguls were beginning to realize that the female half of the population enjoyed seeing well-built men. So in the movies, males with muscled chests were increasingly featured stripped to the waist. The Chronicle Telegram reported that movie cameramen had started to use the term "beefcake" to describe the phenomenon.