Several days ago, Andy posted about a call for the resignation of Republican National Committeeman Dave Agema after he published an appalling anti-gay message on his Facebook page. 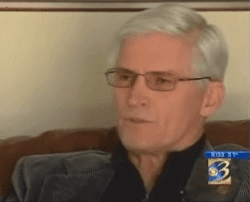 In that post, he encouraged people to read a hateful propaganda piece titled "Everyone Should Know These Statistics on Homosexuals" which includes such abhorrent claims as gays are responsible for “half the murders in large cities.”

Agema was interviewed by Michigcan's WWMT3 and, while he slightly backs away from some parts of the article, he says he very much still believes most of it.

"They quoted as what somebody else said and attributed it to me; I didn't say that," Agema said. "So, do I agree with everything that that guy and the way he said it in the article, no. But he gives a lot of statistics on the results of the health and mental and physical health of the lifestyle and what it causes."