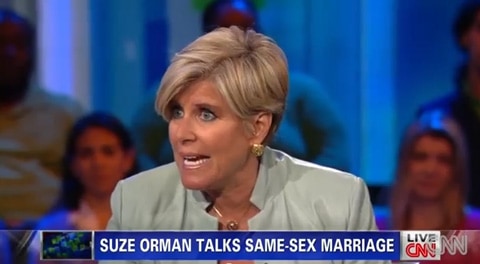 Didn't have a chance to post this yesterday but it's a must-watch clip.

Heritage Foundation Scholar Ryan Anderson has been making the rounds on media to tout "traditional marriage". The other day I posted a clip in which Anderson was blasted by Don Lemon, who called Anderson's assertions that same-sex marriage is not illegal "absurd."

Tuesday night Anderson appeared on CNN with Piers Morgan and insulted Suze Orman's relationship to her face during a discussion about marriage equality and the Supreme Court.

Anderson complained that SCOTUS was upholding "our constitutional authority to have a debate" on gay marriage, agreed with an assertion by Morgan that he would defend a convicted felon's right to get married over Suze Orman's and then continued with this bull-pucky:

"The primary function that marriage serves in every society is protecting the rights of children. Everything we've discussed so far has been about adult relationships."

Said Orman, who was far more calm and collected than many would have been:

"I feel compassion for you, and I'll tell you why. I know that you believe very strongly what you believe, but I also know that you're very, very uneducated in how it really, really works. And I believe from the bottom of my heart that if you really, really understood why the government does need to get involved, why it does need to be legal on a federal level, if you really understood that, there is no way that you would sit there and say what you are saying right now." 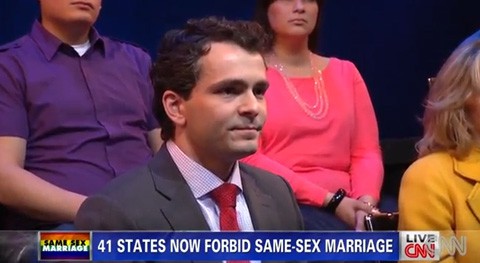