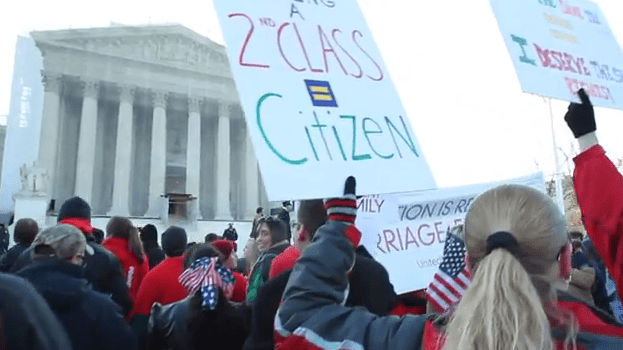 The American Foundation for Equal Rights has released a poignant behind-the-scenes video about the days before and after the Supreme Court's hearing on the Prop 8 case. Among those interviewed in this clip are of the several plaintiffs and their families, David Boies, Cleve Jones as well as Dustin Lance Black, who ends the video with the following quote:

"We're not done in this movement for LGBT equality. Next is, let's get back to work and keep fighting to make sure the next generation's lives are better than ours."