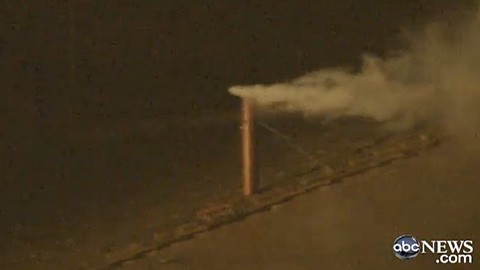 White smoke has begun emerging from the Sistine Chapel chimney in the ceiling of the Vatican, indicating that a new Pope has been chosen.

The new leader of the Catholic church will be announced within the hour.

UPDATE: And the Pope has been chosen.

Previous Post: « Quest for ‘Veronica Mars’ Movie Launched in the Biggest Kickstarter Project of All Time: VIDEO
Next Post: When a Gay Man Set Himself on Fire at the Vatican: VIDEO »