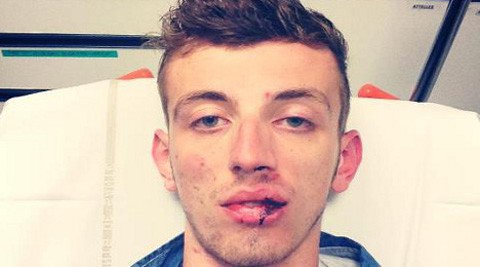 Another anti-gay attack in France left a young man bleeding and unconscious in the south of France, the Local reports:

A gay couple were attacked as they left a night club in the Mediterranean city of Nice at the weekend in the latest apparent homophobic attack in France. Raphaël Leclerc was punched and kicked after being jumped by three men when they left a club at around 5am on Saturday.

The incident comes just two weeks after Wilfred de Bruijn was savagely beaten in the 19th arrondissement of Paris, earlier this month after he and his boyfriend were attacked in the street. Last week, amid increased tensions over France’s divisive gay marriage bill that is set to be passed into law on Tuesday, there were attacks on gay bars in the northern city of Lille and Bordeaux in the south west.

Gay rights groups have told The Local they have recorded a 30 percent rise in homophobic incidents in recent months, which they blame on the continued opposition to the gay marriage bill.