Openly gay former Middle Tennessee State placekicker Alan Gendreau received some bad news this weekend when he was not selected to be part of this year's NFL draft. Gendreau took to Twitter to respond as well as provide some insight into his future plans. 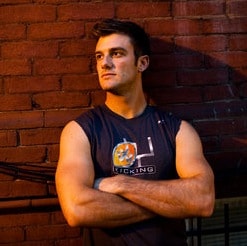 "Just an FYI. I am NOT a part of the NFL draft. I am training right now with hopes of landing a tryout at a training camp in a couple months!"

You can watch an ABC News segment in which Gendreau is interviewed, AFTER THE JUMP.

In other news related to the draft, the Minnesota Vikings selected UCLA punter Jeff Locke and the team's current punter & gay ally Chris Kluwe claims the pick, which might put him out of a job, was made due to his vocal support of the LGBT community.

“It’s a shame that in a league with players given multiple second chances after arrests, including felony arrests, that speaking out on human rights has a chance of getting you cut.”