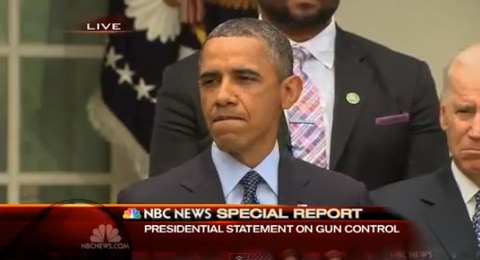 Didn't get a chance to post this yesterday, but here's Obama's address in the Rose Garden after the shameful failure to pass gun control measures in the Senate.

Some of the senators who voted against the background-check amendments have met with grieving parents whose children were murdered at Sandy Hook, in Newtown. Some of the senators who voted no have also looked into my eyes as I talked about my experience being shot in the head at point-blank range in suburban Tucson two years ago, and expressed sympathy for the 18 other people shot besides me, 6 of whom died. These senators have heard from their constituents — who polls show overwhelmingly favored expanding background checks. And still these senators decided to do nothing. Shame on them.