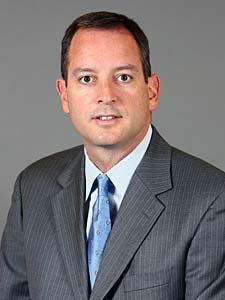 In several dozen hours of video of Rutgers men's basketball practices obtained by "Outside the Lines," coach Mike Rice is seen hurling basketballs from close range at his players' heads, legs and feet; shoving and grabbing his players; feigning punching them; kicking them; and screaming obscenities and homophobic slurs.

The video shows practices from 2010-12. About 30 minutes of the video was viewed in December by athletic director Tim Pernetti, who suspended Rice for three games that month and fined him $50,000. But the incidents in the videos obtained by "Outside the Lines" appear to go beyond Pernetti's description at the time, when he cited "inappropriate behavior and language" between Rice and his players. When he announced the suspension on Dec. 13, Pernetti offered few specifics after conducting a week-long investigation. 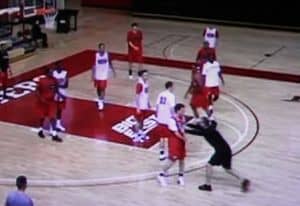 Other Rutgers officials are speaking out:

Eric Murdock, an ex-NBA player and a former director of player development for the Scarlet Knights, told "Outside the Lines" that Rice's "outrageous" behavior had caused at least three players to transfer from the team, including forward Gilvydas Biruta, who transferred to Rhode Island prior to last season.